On a rainy Tuesday, I decided to renew our Brigid's cross. Traditionally, in Ireland, this is done on the first of February. Here in Sweden, the season is a little less advanced and the snows have not long gone. Above you can see the rush growing next to a small stream and the harvested rushes ready to be brought home and weaved. 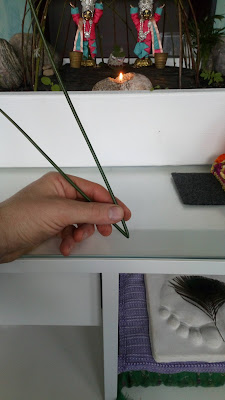 This particular form of woven reed cross is Irish in origin.
It is called a St Brigid's cross after a 5th-century nun, but its origins almost certainly predate Christianity. That three armed crosses are also known alludes to its ancient roots. 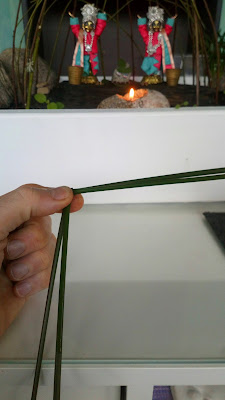 The crosses are created by folding reeds in half and weaving them at right angles to the previous one. Traditionally they are made in as spring returns and are associated with purification and protection, prosperity and blessings.

We make one every year, and hang it above a prominent doorway or window. The old one is burnt and the ashes scattered on one's land or property for extra blessings for the coming year. Although this is an Irish custom similar practices were common in Europe and Scandinavia. It has a long history going back further than recorded history.
It is very similar to the Sun Cross of European prehistory and also the Swatztiki of Vedic India. A symbol associated with prosperity, blessings and good luck. In fact, this symbol and its variants are found in nearly all cultures across the world, with similar meanings and qualities associated with it. 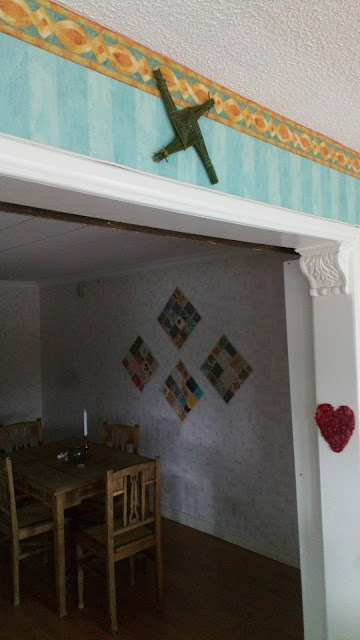 April 04, 2018
On this blog, we explore Vedic culture and ancient wisdom from around the world. Together we will find ways to cultivate some peace and wholeness in a hectic modern life.
There will be weekly uploads with new exciting content. Please comment, follow and share to join the journey.

The Song Of Amergin 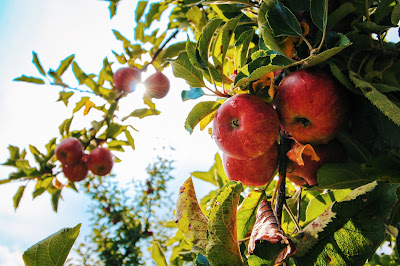 Apple (Malus pumila)
Apple trees drilled neatly in lines on a sunny hillside full of pinkish white blooms are a pleasing sight in the countryside. The apple tree has lived alongside us and shared our lives for as long as there have been people to cultivate them. We are, for obvious reasons, naturally drawn to fruit trees i.e: the need for food. We have planted, cared for, pruned and harvested them wherever we have settled. Unfortunately, in more recent times we have genetically modified them, and what a great loss this has been to natural diversity.
The domesticated apple tree and its wild cousin that we refer to as "crab" apple are small to medium-sized trees. They produce the well-known fruit after the attractive five-petaled flowers have been pollinated.
There is a characteristic of the apple tree which has led to a wide diversity of farming methods. This is the trees ability to be "grafted", which revolutionized the different strains and varieties of fruit avail…
Read more